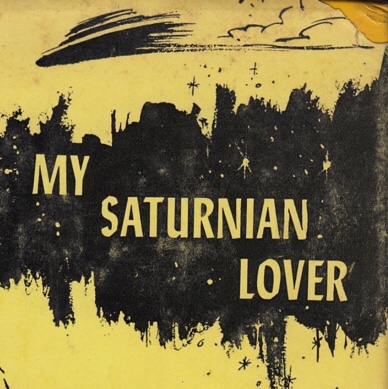 Howard Menger, sometimes called the East Coast Adamski (for reasons I’ve never really understood) had one of the most unique contact stories–mostly because they involved a romance between he and Connie Weber that apparently began in a previous lifetime on another planet. Menger also released record albums of music transmitted to him from the Space Brothers.

One of these, Song of Saturn, had some lyrics written for it. We thought we’d have some fun and do a suitably odd and cheesy cover version for you as part of the episode.

Examples of Menger’s music can be found here!

This site uses Akismet to reduce spam. Learn how your comment data is processed.

Support The Saucer Life via PayPal

My Books on Amazon

Sunday Saucer Supper is smoked brisket and mac & cheese, a familiar favorite here at 1 Saucer Life Square.
Tomorrow on the Saucer Afterlife, the Saucer Wife and I have viewed an episode of “ Finding Bigfoot” about supernatural (including alien!) Bigfoot and we have thoughts. (It was a nice bonus that the episode featured @nuekerk and @weird_dana!)
Sunday Saucer Supper is tomato basil Dijon chicken breast, grilled asparagus, corn, and a really dry white from St. Julian winery.
Coming this fall from @mcfpub….
Coming Friday- Saucer Sasquatch Staff Outing!
Loading Comments...
%d bloggers like this: